Is something missing in analysis of equities? 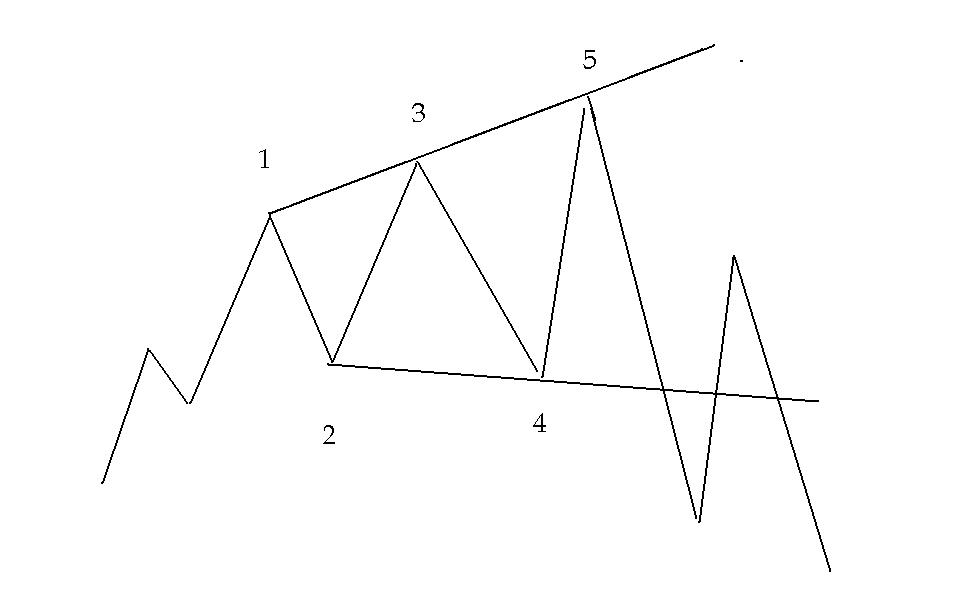 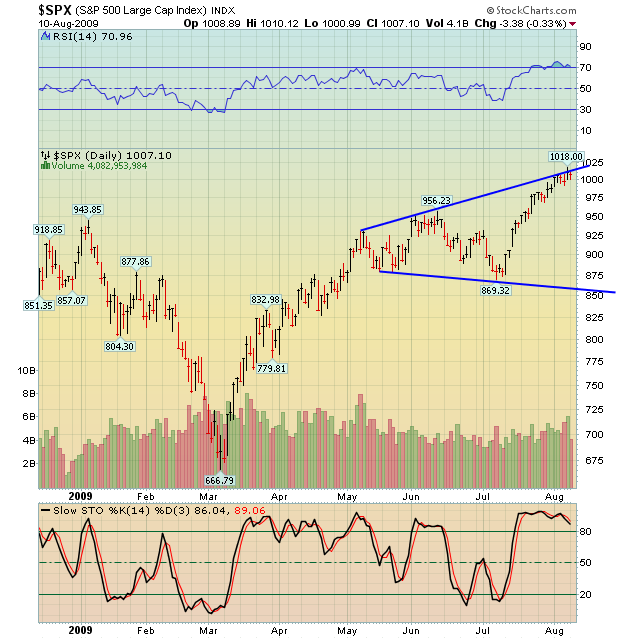 First, a primer on Broadening Top Formations. The picture above is a reproduction from John Murphy's Technical Analysis of the Futures Markets, pp 150-152 on The Broadening Formation. There are several names for this formation (Expanding Triangle, Five-Point Reversal, Megaphone Formation). This pattern is an unusual variation of the wedge formation and is relatively rare. Thus, the recognition of this pattern is amost nil among technicians.

Wedges and triangles show converging trendlines. In the pattern above, trendlines actually diverge, creating the appearance of a megaphone. In the normal triangle or wedge, volume diminishes as the pattern develops. In the broadening top, volume tends to expand or become erratic. This situation represents a pattern that is highly emotional and out of control. This pattern also brings in an unusual amount of public participation and most often occurs at market tops. That is why the current rally is being identified as a recovery or possibly even the start of a new bull market.

How can we say that this is a market top? After all, the SPX declined nearly 58% by early March. The answer may be apparent only to those who know their history. After a 55-day crash in 1929, the Dow Jones Industrials rallied 52% in 154 days. Then it proceeded to decline another 62% over the next two years. They say history doesn't repeat itself, but often rhymes. In the current situation, the SPX declined 58% over a year-and-a-half. Then it regained 51% OVER 154 DAYS. Could there be a crash ahead? Those familiar with the rule of alternation will suggest that the pattern of 1929-1932 may now be repeating...backwards.

Those unfamiliar with the pattern should study it carefully. As with all patterns, there is a potential for failure. The closer the SPX follows the pattern, the more reliable it should be. Good luck and good trading!