Is Brazil Putting Up A Bearish Warning Flag?

Brazil's Bovespa stock market index closed at fresh lows today.  It's rally off the early July low was far weaker than that of most other major world markets.  A look at the chart shows that a significant level of support going back to October of 2009 was violated in today's selloff. 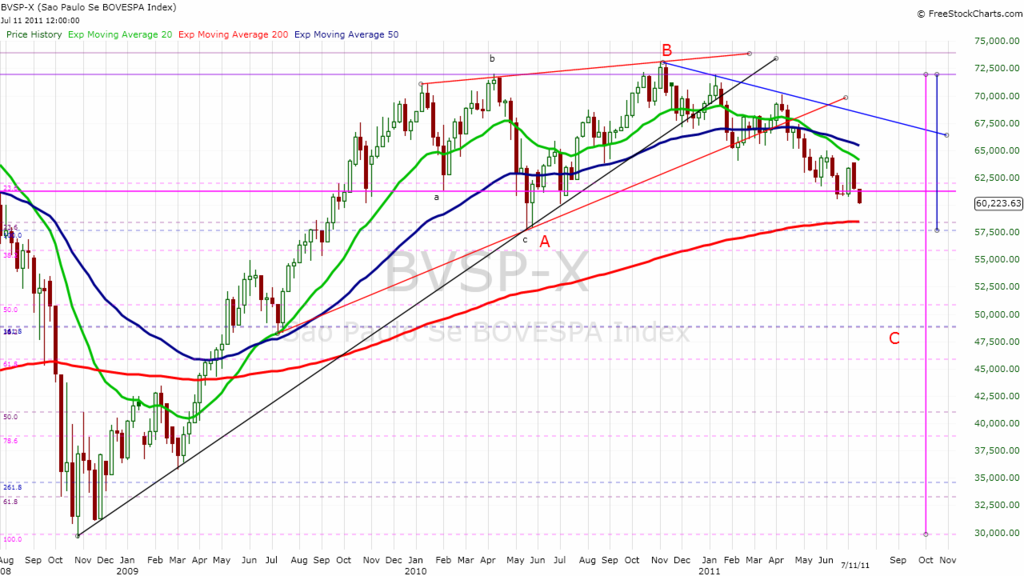 In fact, the index is just a day's trade away from taking out its May 2010 lows.  Is Brazil sending a warning to global investors?

For many investors, the continuation of the rally in global stocks since March 2009 is predicated upon the BRIC and Emerging Market growth story.  Brazil is a major representative in both groups of economies.  While its annualized GDP growth rate remains high at over 4%, it's down by over 50% since the third quarter of 2010.

It's certainly possible that Brazil's stock market is just marching to the beat of its own drummer and there may not be a tight correlation with general world equities markets.  It's interesting to note that Bovespa bottomed in May of 2010 when the major selloff in the markets in most of the rest of the world was just getting under way.  But nonetheless, if the market of one of the economies presumed to be a leader in the world economic growth story is falling into a bear market, investors should take note and evaluate the implications.